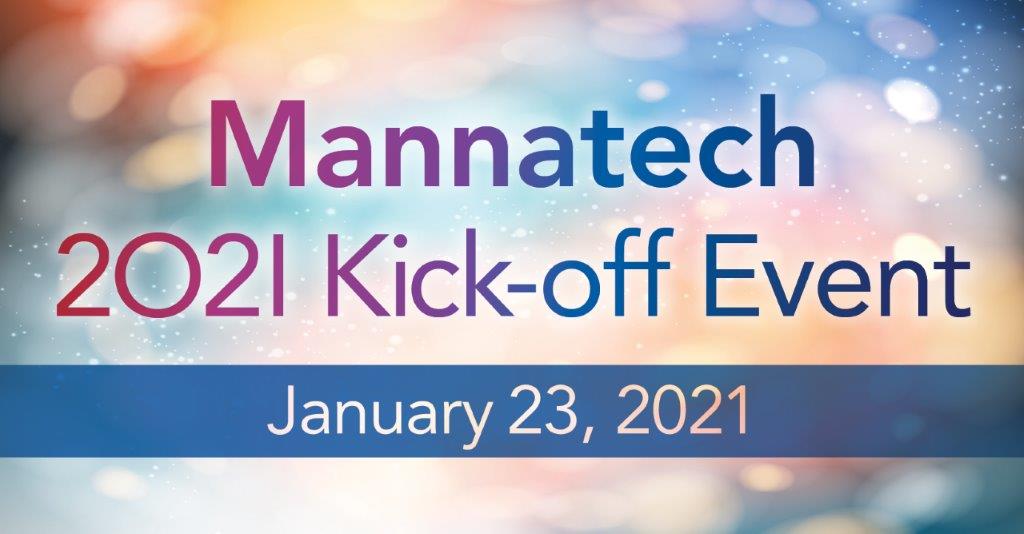 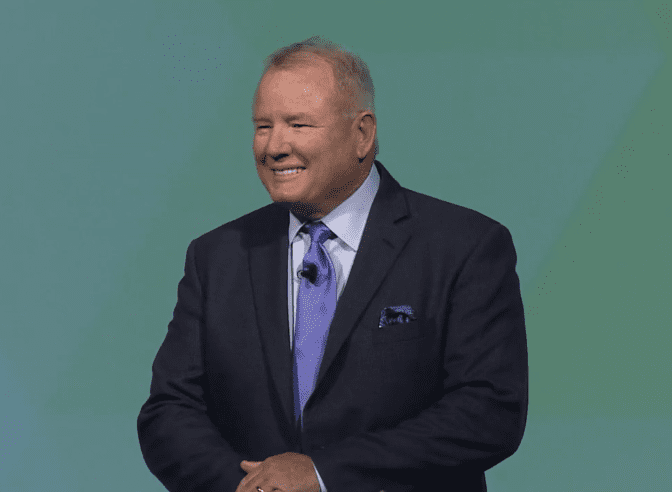 A powerful new training curriculum for Mannatech Associates began October 6, 2018, led by network marketing legend Richard Bliss Brooke. If you were at MannaFest 2018 then you’ve already experienced some of his energy and exceptional training. Richard was the first network marketer to appear on the cover of SUCCESS magazine and has changed hundreds of thousands of lives through his books and training programs. Additionally, Richard has authored a fantastic book, The Four Year Career (which is referred to as the “Bible” of network marketing), copies of which are now included in all start-up kits for new Mannatech Associates, and also available for $6 each in the Mannatech store (a significant discount compared to retail pricing).

We visited with Richard after he kicked off this special, training series for Mannatech Associates, to get his point-of-view about Mannatech, Mannatech products, and the business opportunity that he says Associates should talk about more.

Question #1: If someone is looking to start a business, what should they be looking for, and how does Mannatech pass “the sniff test” as a business opportunity?

Richard Bliss Brooke: “If someone is looking for a business opportunity, they need to look for a product that is going to be in demand for the next 25-30 years. You can’t build your career on a fad. I’ve heard about wine clubs that are built via network marketing. But what are you actually building with a wine club? Will the people you recruit into your wine club still be members in 30 years? Will they still be buying 10, 20, 30 years from now? No, a wine club is a fad. To make money, you have to get people to join and pay into your wine club. That’s a pyramid scheme. To do network marketing right, to build a career, you need to find actual products to sell. Mannatech has actual, excellent products to sell.

But then you also need to ask how long might people buy the product. You can begin to answer that question by looking at how long people have already been buying the product. In Mannatech’s case, people have been buying Ambrotose® products for 25 years, and Ambrotose is the same core product it was when it was introduced 25 years ago. This just proves that if the public sees something as unique and valuable, like Ambrotose, they will keep buying it!

Another thing to look at, for the ‘sniff test’ is where is the company revenue coming from? For years, probably 99% of Mannatech’s revenues are coming from product sales for personal use, not from new Associate enrollments. That is a very good sign, because that shows that most sales are to customers. The people involved in Mannatech have a proven product to sell. They are selling good products, not a get-rich-quick opportunity. The products are priced fairly, and the Ambrotose formula is unique enough that people can’t go to Costco to get something similar, no matter the price.

And lastly, the way Mannatech is managed, you know it will be around, long-term. It is committed to the network marketing model, and the management teams have always shown the expertise and ability to navigate through difficult situations. Mannatech is what we call a ‘Legacy company’ and not many companies earn that title, maybe only the top 1%.  So, if you’re about to tie your personal reputation to a network marketing company, you have to ask, ‘Does this company have a good chance of being around in 30-40 years to keep paying me for the business I have built?’ My opinion is yes. Mannatech is deserving of your choice.”

Question #3: What are Mannatech Associates not doing well?

How do you do that? Well, it comes down to discovering what someone’s motivation is. When you are talking with someone about Ambrotose, for example, listen to what they are asking and identify the motivation behind their questions. What are they asking? What are they not asking? What’s missing from the conversation? When that person sees the financial opportunity of selling Mannatech products to others, it becomes much more compelling. Lifetime income is highly motivating. Mannatech Associates need to get better at discovering others’ motivations and helping others see the payoff, whether it is better health or better finances, or both.”

Question #4: You promote the phrase “Just take a look” as a powerful selling and recruiting tool. How did that phrase come to be, and how is that phrase used most effectively?

Richard Bliss Brooke: “The phrase ‘Just take a look’ really became a phrase on its own. Asking someone to become a customer or an Associate can be a big decision for them. When people don’t have enough information to make a decision, the answer is most often a no. So, when you ask someone to make a decision, you need to make it an easy, small decision. Baby steps. Just a little at a time. So instead of asking them to make a big decision, your job is to make a compelling case to take the next little step. Asking a would-be customer to “just take a look” at your product is an easy ask. It’s not threatening. You’re not asking for their money, you are asking them to take a look and to evaluate something.

Now, if you’re recruiting someone, you have to remember that joining as a distributor is the last step in what could be a long process. The gestation period for a customer could take months or years before they become a distributor. They have to have enough time to ‘bake’. They need to try the product and use it and build confidence. When you finally approach them with the money-making opportunity that comes with using the product, the only decision you want them to have to make is to “just take a look”. But you also have to give them the freedom to say no. You’re only looking for a yes – a yes to looking. Just take a look.”

Richard Bliss Brooke: “My favorite personal development activities are listening to podcasts and reading blogs, but not from mainstream people or network marketing people. I prefer listening to and reading people on the leading edges of new ideas and processes. My favorites are Ben Greenfield, Tim Ferriss, Garrett Gunderson’s Wealth Factory, Roger Hamilton and Peter Diamandis.

Personal development really comes from lots of people and different input. It stacks upon itself and builds up in layers. For example, if I hadn’t read Jim Collins’ book, Good to Great, years ago, I might not have been prepared for a powerful suggestion from Roger Hamilton, my business coach. But if I hadn’t previously read another of Collins’ book, Built to Last, I might not have been receptive to Good to Great. It is something we really all should be doing regularly.”

Richard’s business-building training for Mannatech Associates began on Saturday, October 6, 2018 and runs through December 18. Visit https://allaboutmannatech.com/business-building-training-with-richard-brooke-on-oct-6-中文-espanol/ for the broadcast schedule. Replays of past training sessions can be viewed at: https://system.mannatech.com/#1539630834088-45e2c581-70bc